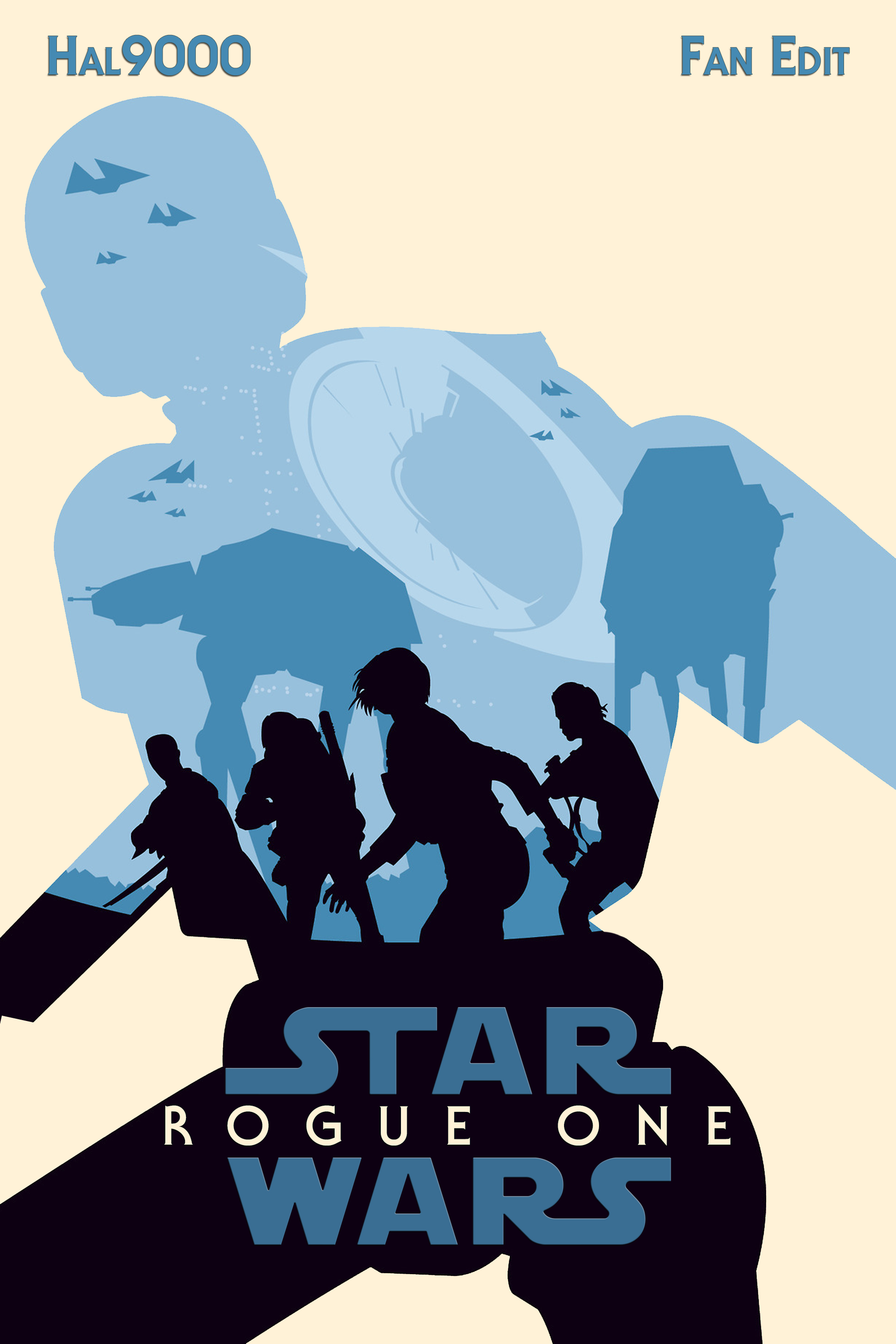 I love Rogue One. It’s honestly the most visceral fun I’ve had in the theater in the past few years. It was the first Star Wars film not to have me feel apprehensive, being the first spinoff film. It was ‘extra credit,’ and so I felt free to enjoy the good and not be bothered by parts that didn’t work as well. This edit is in recognition that a few tweaks would help the film, though.

This fan edit is largely a diet version of DigModification’s own Rogue One fan edit. But, since I made it for myself, may as well share it in case it would hit the spot for anyone else.

(No title crawl has been contrived, location labels have been left alone, and no feathered wipe transitions have been employed.)

– Used deepfake work of pioneering YouTubers to enhance the visual FX for Grand Moff Tarkin and Princess Leia’s apperances (OriginalTrilogy.com user Burbin has stitched together workable source material for this, drawing from the work of YouTube deepfake ‘practitioners’ Shamook, derpfakes, birbfakes, and Jarkan.)

– Borrowed a shot TM2YC modified to offset a shot that centered on a glass of blue milk.

– Removed introductory scenes to Cassian and Bobdi. We cut from Jyn in prison to the jailbreak. We then meet the other main characters as she does. (Wobani label moved to establishing shot of transport)

– Removed showing the audience Cassian’s instructions to kill Galen Erso. By removing this conversation as well as its reiteration in a later scene, it adds weight to Jyn’s comment about trust going both ways and keeps the audience in Jyn’s perspective.

– Removed other Bohdi scenes until the band of heroes meet him in the dungeon of Saw Gerrera.

– Muted a line from K2 to let silence make for better humor.

– Removed announcement on Jedha about the missing cargo pilot.

– Removed the cringe-inducing cameo from Dr. Evazan and Ponda Baba.

– Removed a cutaway to Jyn and Cassian to show Baze mowing down troopers in one unbroken shot.

– As Krennic prepares to execute the scientists, removed line, “Fire!”

– Trimmed Bohdi’s hesitation in assigning the new makeshift crew a callsign when pulling away from the Rebel base.
– Removed a redundant line as Jyn notes they are trapped on the surface of Scarif.

– Removed Jyn’s line to Krennic, “You know who I am,” as he appeared sincerely not to.