By filmyanjuofficialJuly 9, 2021No Comments1 Min Read

KEEP IT IN YOUR TORRENT APP AND SEED OCCASIONALLY. YOUR HELP WILL BE MUCH APPRECIATED BY OTHER FANS! 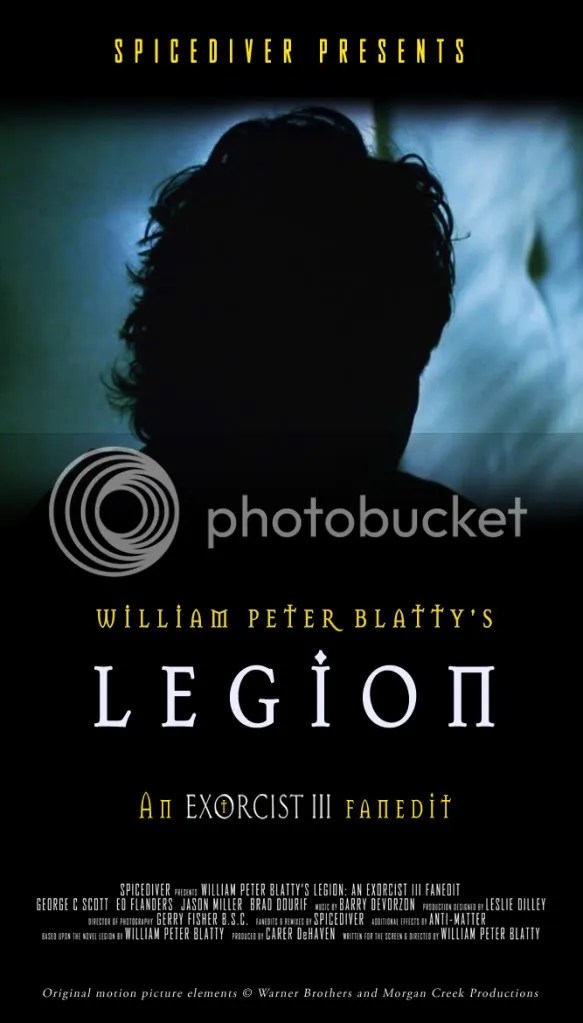 WHAT THE FANS ARE SAYING

“Tight, entertaining, intelligent, and thrilling. If more editors put this much care and thinking into their work, there would be a lot less junk to weed though.” – Logan-5

“Dynamite edit. For everyone who knew there was a great movie just beneath the surface in Exorcist III this edit is probably as close we’ll ever get to Blatty’s original vision. The opening works perfectly, the tightened scenes throughout are justified, the Father Morning/Exorcism scenes are not missed. The new ending is more than satisfying.” – TheVigilante

“It’s not how Spicediver wants the movie, it’s how he thinks Blatty would want it. And in that respect, this is a huge triumph, not to mention that, warts and all, it’s far superior to the theatrical. I particularly liked the simple but very effective way the ending was resolved. In this case, less is truly more.” – Dwight Fry

“It’s obvious a lot of care and attention went into demucking the theatrical release and turning it into an altogether different beast. The edit takes on a different pace and feels like a religious horror piece from the ’70s, which is a plus; it allows one a chance to enjoy Dourif’s and Scott’s performances within a more coherent story, even if the latter hams it up in spots.” – ssj 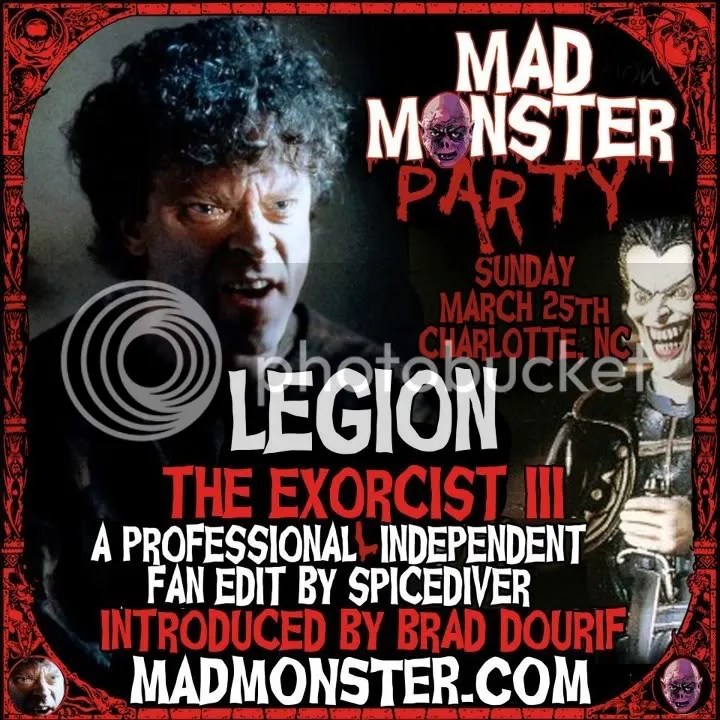 Star of Exorcist III Brad Dourif graciously agreed to present a public screening of this fanedit at the Mad Monster Party horror convention that was held in Charlotte, North Carolina on March 25th 2012.

Dourif introduced the film and did a Q & A with the audience afterwards.

15 years after the events of the first story, Georgetown policeman Bill Kinderman (GEORGE C SCOTT) is baffled by a series of murders that bare the marks of the Gemini Killer.

Yet the Gemini was executed 15 years previously – on the very same night Kinderman saw priest Damien Karras (JASON MILLER) die after falling from a bedroom window during an exorcism on teenager Regan McNeil.

Kinderman’s trail leads to the local hospital and a high-security isolation ward where a formally catatonic patient claims to be the Gemini Killer (BRAD DOURIF)…yet who looks exactly like Damien Karras.

In 1990 writer/director William Peter Blatty shot a loose adaptation of his novel LEGION, misleadingly retitled and released as EXORCIST III. The film is an unusual, dialogue-driven blend of humour, police procedural and religious horror, a semi-sequel to his novel and screenplay of THE EXORCIST (1973).

Spicediver’s reworking of the film is more in line with LEGION, the low-key film that William Peter Blatty originally shot before studio-enforced changes.

Although his shooting script was substantially different from both his novel and an early adapted screenplay, the studio infamously ordered its own changes after viewing his director’s cut. These included adding an awkward ‘exorcism’ subplot and ‘exorcist’ character – including an overblown finale – where none previously existed. The name was changed to EXORCIST III and all promotion and advertising of the film leaned heavily on the name and added theatrics.

This fanedit removes the ill-fitting exorcism subplot and recreates the story arc of the lost director’s cut, including the lower-key ending that Blatty intended. No exorcism, no exorcist, no bug-eyed Fr. Karras or special effects mayhem.

It also softens or fixes some inconsistencies, tightens some scenes, and ties the film more closely with the character of Fr Damien Karras from THE EXORCIST.

While aiming to be faithful in spirit to the shooting script as it stood at the start of filming, that version of the script remains unpublished and all cut footage is now believed lost. The story therefore has been re-imagined with available materials.

LEGION is about a different kind of demonic possession.

Blatty never intended a repeat of THE EXORCIST and the story that he intended to tell in his director’s cut is not a movie for everyone. It’s character-driven, quirky, sometimes funny, relatively low-key and it shuns theatrics in favour of dialogue, punctuated by occasional well-executed shocks.

It is not a traditional horror film by any means and neither is it a traditional sequel. Its style and tone is very different from THE EXORCIST and viewers hoping for more of the same will be dissapointed. The studio tried to mimic some of that tone with its added exorcism and exorcist which Blatty later said was “… utterly unnecessary and changes the character of the piece”.

* No exorcist Father Morning and no exorcism

* A re-creation of the shooting script’s ending, closer to Blatty’s intentions

* A coda, shorter and different from the original

* Quite a few other little changes and remixes

For more details visit this fanedit’s project page at http://www.fanedit.org/ifdb/108-legion-an-exorcist-iii-fanedit

Fanedits are not for sale and provided under fair-use provisions for the sole purpose of discussion, exposition and education. You must own the original DVD/Bluray to legally watch a fanedit. Please support the original creators.